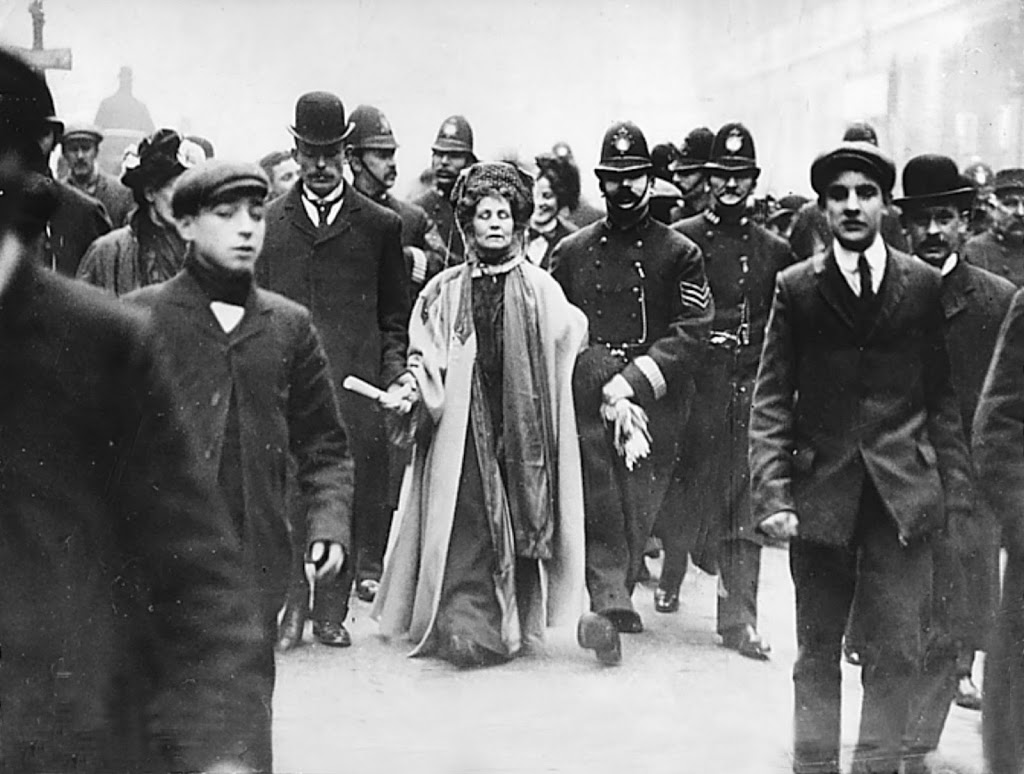 News
30 January, 201829 April, 2019 admin Big Ideas Company, Birmingham, Fabian Society, Feminism, Gender History, Inspirations, Trailblazers, Women's History, Women's History Birmingham, Women's suffrage
On 13th January I was fortunate enough to attend the Fabian Society New Year conference in London. In light of the recent prominence of campaigns such as Me Too and Time’s Up, as well as the Westminster sexual harassment scandal, gender inequality was a major theme throughout the conference, beginning with the Mayor of London Sadiq Khan’s inspiring keynote speech on female empowerment and the discrimination and adversity which women continue to face.
The Mayor also paid to tribute to the efforts of perhaps the most famous feminists; those of the Women’s Suffrage Movement, who are at the centre of a great many projects this year as we approach the centenary of the extension of the franchise to give the first women the vote in 1918. As I listened to the Mayor’s address, however, it struck me that for many young people, and young girls in particular, the suffrage movement may be the only women’s history they are familiar with.
In schools, it is unfortunately rare for women’s history beyond this movement to be taught, and even rarer for this history to be placed in the context of the gender dynamics which have shaped our society for centuries and persists to this day. As a history student, it was not until I began my undergraduate studies that the patriarchal depictions of the women’s suffrage movement were challenged and the hidden depths of women’s history began to be revealed.
The scarcity of women’s history in the curriculum and our culture is extremely troubling. We are left with a vision of the past in which women are largely omitted, and even when included this is often through a masculine lens, with women’s suffrage being a case in point. In most instances knowledge of the movement continues to follow the narrative established by George Dangerfield in 1935, placing the focus of the Suffragettes and violent militancy, whilst the preceding decades of campaigning by the peaceful Suffragists are almost wholly overlooked.
But this issue not only creates problems for historians, it also impacts society today and future generations, with history holding enormous potential for shaping the minds and aspirations of young girls. How can young girls be inspired by women of the past if the only history they are taught is of ‘great men’?
There are countless examples of women in history to be inspired by beyond women’s suffrage. Women such as my own heroines, the feminist writer Emily Pfeiffer, and titan of the Labour movement and Fabian Society founder Beatrice Webb, or the courageous women of the Match Girl’s strike in 1888, and those who carried their legacy in the trade union movement at the Ford Dagenham plant and Grunwick in the 1960s and 70s respectively, to name just a handful.
And discovering women’s history does not have to be solely about momentous events or great women; some of the most fascinating and important parts of women’s history lie in the tragic or taboo, and the experiences of ordinary working women, housewives or mothers, whether reflecting on abortions in the 19th Century or the influence of Second Wave Feminism a century later.
Some great work has been done in Birmingham, by Women’s History Birmingham as well as other heritage groups and academics, to promote these forgotten stories and the wealth of women’s history in the area, however, all too often, to young girls this history remains worryingly remote.
With this in mind, I was astounded to witness some truly exceptional presentations by young girls at Swanshurst School as part of the Trailblazers project coordinated by the Big Ideas Company. To see those girls so brilliantly speak in front myself and other far more distinguished audience members about a number of inspiring women from the past, some of whom I myself was unfamiliar with, as well their female heroes of today, was truly fantastic. It was great to see young girls really engaging with women’s history as well the challenges that women continue to face today, and all credit goes to Swanshurst School and Big Ideas, and of course the girls themselves who were the greatest inspiration of all.
In closing, it is absolutely right that in this centenary year, and every other year, we commemorate and celebrate the achievements of the Women’s Suffrage movement and remember the women involved, as well as their efforts and sacrifices. But so to should we look to the greater depths of women’s history, challenging the masculine narrative of the past which persists in the discipline to this day, and providing young girls such as those at Swanshurst with the inspiration and ambition to know that one can, they too could be making history.
People’s Heritage Co-operative will be hosting events in Birmingham’s Victoria Square and Council Building to mark 100 years of the Representation of the People Act 1918 and the extension of the franchise; events will take place on Tuesday 6thFebruary from 11am.