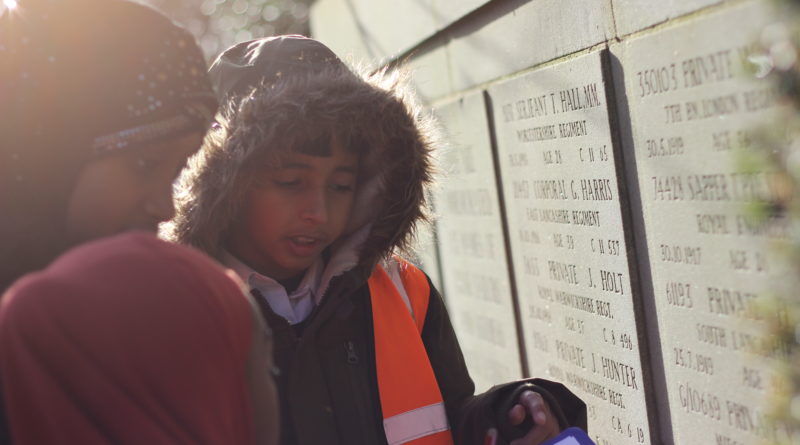 Lodge Hill Cemetery has its own First World War memorial where victims of the war who died at the Southern Cross Hospital (located at the University of Birmingham’s campus at Edgbaston) are buried.

There are 498 World War One burials at Lodge Hill Cemetery, most of them in a war graves plot in Section B10. We have worked extensively with the local community to explore and document the stories of those buried there.

In 2014 Paganel Primary School visited Lodge Hill Cemetery to commemorate the start of World war 1, one hundred years earlier (August 28th 1914). It formed the basis of a project where pupils creatively presented their work to others. Dr Nicola Gauld writes more on our blog.

This work with Paganel School developed further in 2016 with funding from the Commonwealth War Graves Commission‘s Living Memories Fund. We worked alongside Robyn O’Halloran, a student from the University of Birmingham to develop and deliver a series of workshops for pupils. She shares her reflections on our blog.

The research from these projects has been collated into a website: In Soldier’s Footsteps.