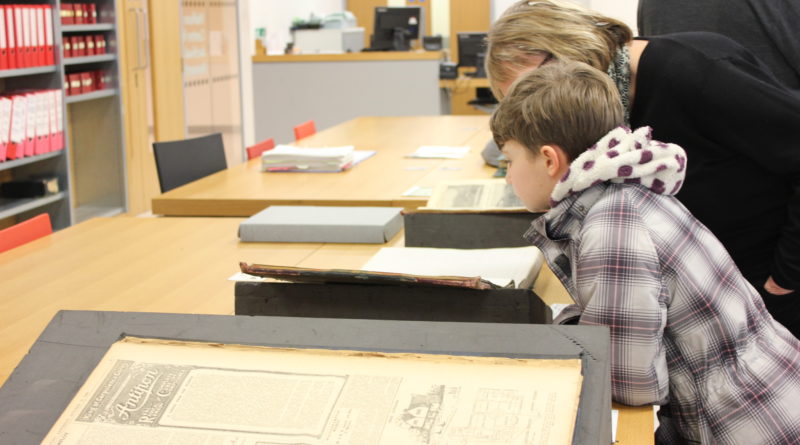 The People’s Heritage Co-operative gathered with supporters and partners in The Wolfson Centre at the Library of Birmingham on 15th December to formally launch our new project, ‘Represent’. It was also an opportunity to mark 100 Years since the first General Election following the passing on the ‘Representation of the People Act’.

On December 14th, 1918, just a month after the Armistice was signed, thousands of women and many working class men went to the ballot box for the first time to cast their vote in a General Election.

Known as the ‘Khaki Election’, it took place against the backdrop of an uneasy peace. As thousands of soldiers returned to civilian life, society was coming to terms with what ‘Victory’ meant. In Birmingham, as elsewhere, it meant mass unemployment for returning soldiers, redundancy for women who had been in employment, a housing crisis in the city’s slums and thousands of sick and injured veterans trying to integrate back into family life.

At the People’s Heritage Co-operative we are very lucky to have a group of talented and knowledgable Archivists as members. Richard, Nikki and Alison have been delving deep to pull out and present some really fascinating material. Presented together they provide real insight into the era – and they draw some obvious parallels with political issues today.

One election poster shows the candidate in his khaki uniform, with a list of his military achievements highlighting his credentials. In contrast a cartoon from the same election lampoons a pacifist candidate for his love of dogs. Being seen as patriotic was clearly a vote winner whilst diplomacy deserved disparagement.

Women made their mark in shaping political debate, despite having no experience of General Elections as candidates or voters. In the Midlands there were three female candidates, including prominent Suffragette Christabel Pankhurst who stood in Smethwick for the ‘Women’s Party’. None succeeded in being elected, possibly in part because many natural supporters – young, working class women who formed a large proportion of the population of those constituencies – were still unable to vote in 1918.

My favourite item on display was a Labour Party poster appealing directly to ‘Women Voters’. Seemingly radical even by today’s terms, it demanded that every family should be entitled to a three bedroom cottage with a garden. The election promise was a direct challenge to unscrupulous landlords charging high rents. The need for safe and secure housing was framed as a women’s issue and a public health issue. In the current era, when the housing debate is largely dominated by issues like the Bedroom Tax, unaffordable rents and basic safety standards, it doesn’t feel like much progress has been made.

During the launch everyone said a few words about their hopes for the project. What is particularly exciting is that we don’t at present know what our research will uncover. Alison Smith who has done extensive archival research into Birmingham’s politics and the home front during WW1 commented on how unfamiliar many of the names are on election material. It really does feel like we will be exploring a decidedly different political era.

As we share our research with participants from Saheli Hub and Edgbaston Community Centre, we’re looking forward to seeing how we develop new narratives and how those will be shared creatively with others.

We will be charting the progress of our research on here, and over time will be developing a new project site. In January we will be appointing a Designer and Evaluator for the project, so do contact Rachel, our Project Manager on rachel@peoplesheritagecoop.uk for enquiries or sign up for our Mailing List to receive the brief once it is released in January.

‘Represent’ is funded through a Heritage Lottery Fund ‘Our Heritage’ grant and will be delivered with the support of the Active Wellbeing Society and Birmingham Archives.