28 October, 2014 Marcus Belben 0 Comments German, Heinrich, Hoenen, Iron Cross, World War 1
It’s hard to appreciate what life might have been like 100 years ago.  Until recently I knew nothing about  Heinrich Hoenen, my Great Grandfather who died in 1941 when my Mother was 2 years old.  Here’s a clip of my Mum talking about him, some photos and an extract from an Obituary in the newsletter of the Lutheran Parishes Osnabrueck (1941):
listen to ‘Heinrich Hoenen’ on audioBoom

“…Early in life when only 9 years old, he lost his father. Five years later his mother also died. 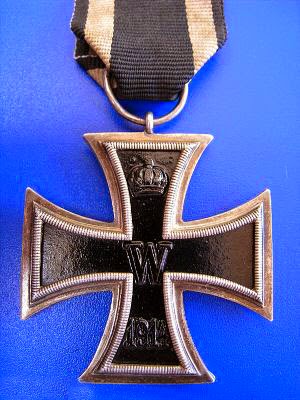 Following his father’s death, his mother moved with her children to Lengerich in Westphalia.  Of the six children four died in very early childhood, leaving only two brothers who loved each other dearly – Heinrich and Leonard.  Upon their mother’s death the family was torn apart. Heinrich Hoenen became an apprentice to a master-saddler who also took him into his home as a foster-son…

…[Heinrich married and was] blessed with four children. However, they were not spared devastating heartache, having to bury one son at an early age (Walter, 22/12/1912 – 19/12/1920 – died in the ‘Spanish’ flu epidemic that swept across Europe after the war). 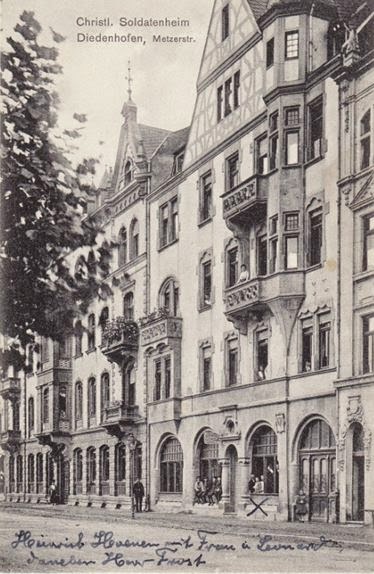 Heinrich Hoenen served in the First World War from 1914 – 1918. In the very first year of the war he was awarded the Iron Cross 2nd Class (Eisernes Kreuz 2. Klasse). He returned as Warrant Officer (Offizier-Stellvertreter).  The war was over; but in what state did he find our beloved fatherland and, in particular, Alsace-Lorraine (Elsass-Lothringen), Hoenen’s second home! The Kaiser-Wilhelm-Haus in Metz had to be vacated immediately. Because of his German nationality Hoenen was forced to leave by the French, along with his family, having to abandon almost all of their possessions. Where should they go? He found a place to stay in Osnabrueck, and thus a new home. These few words contain much sorrow and pain that can hardly be appreciated by outsiders…”

My mother is translating his book ‘The Guiding Hand’ into English – as I don’t speak German, I’m looking forward to reading more.