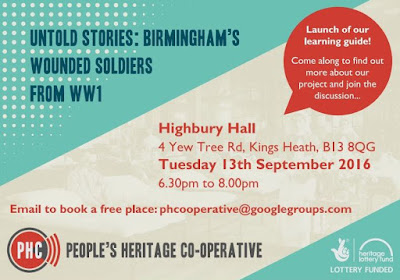 Untold stories – Birmingham’s wounded soldiers from WW1 learning resource to be launched this Tuesday, 13th September 6:30pm at Highbury Hall, one of more than military hospitals, local schools used as hospitals and auxiliary hospitals used in Birmingham during world war one.

Please join us to find out more about Birmingham’s untold stories – no booking necessary.