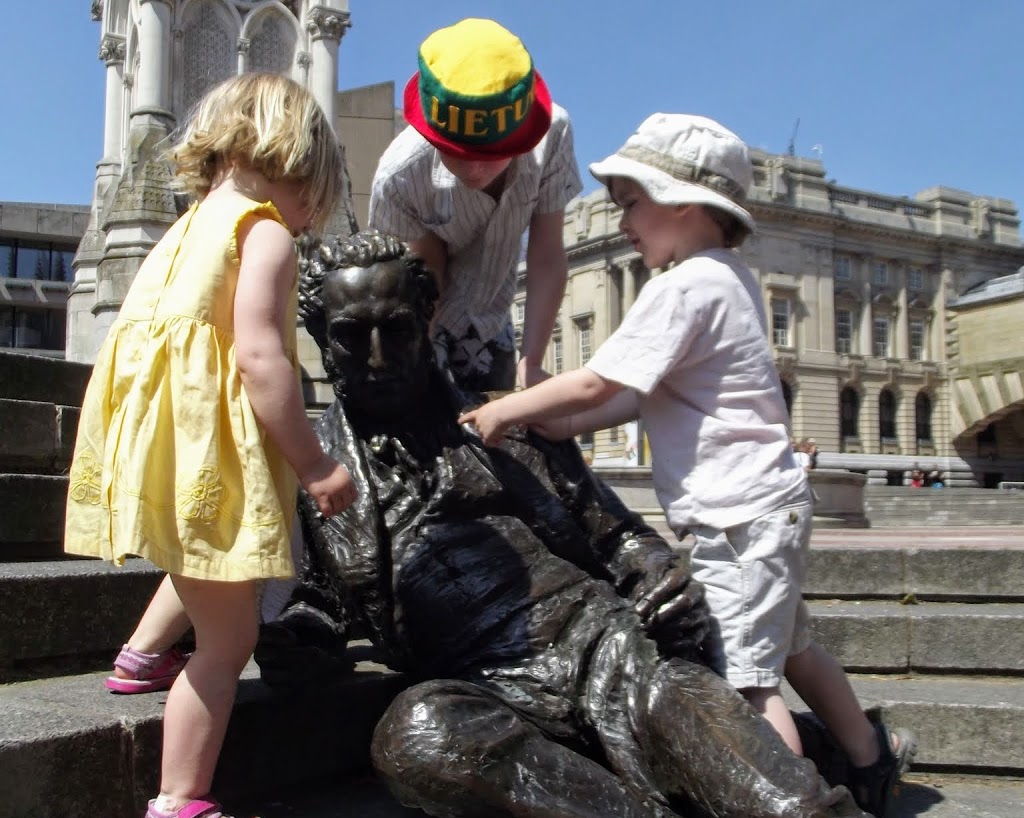 On Saturday 15 September, 3pm – 4.30pm PHC will be leading a heritage walk from Victoria Square to discover Birmingham’s heritage in the fight for our rights to vote. [Image Touching history – Thomas Atwood, Leader of Birmingham Political Union, the most effective political organisation exerting pressure for parliamentary reform.].

Birmingham played a key role in our ‘Right to Vote’, both through the Chartists and the  Birmingham Political Union of the nineteenth century through to the Suffragists and Suffragettes of the early twentieth century.

The Birmingham Political Union ‘of the Lower and Middle Classes of the People’ was formed by Thomas Attwood and others in 1829 and was instrumental in the Chartist struggle to extend the vote for all men in the UK, leading to his nickname, ”King Tom’.

Sadly the Thomas Attwood statue, once sitting in Chamberlain Square is not publicly available, as it rests at what is a major redevelopment of our city.

John Bright became one of Birmingham’s  first Members of Parliament following the first reform act, won by the actions of the BPU and Thomas Attwood.  John Bright coined the phrase “England is the mother of parliaments” and led the call for a second and third reform acts.  Birmingham’s Joseph Sturge, more famous for his campaigning to end slavery, also campaigned for complete suffrage, alongside Charists like Arthur George O’Neill.

From the 1860s onwards, Birmingham women played an important role in a relentless constitutional campaign of rallies petitions and meetings led by Catherine Osler, leader of the Birmingham Women’s Suffrage Society.

Join us to find out more about Birmingham’s role in the fight for the right to vote –  The Heritage Trail will take about an hour and a half – contact Marcus Belben 07784302283 marcus.belben@gmail.com.